Eating Wild: Red Clover, is Here, There, and Everywhere 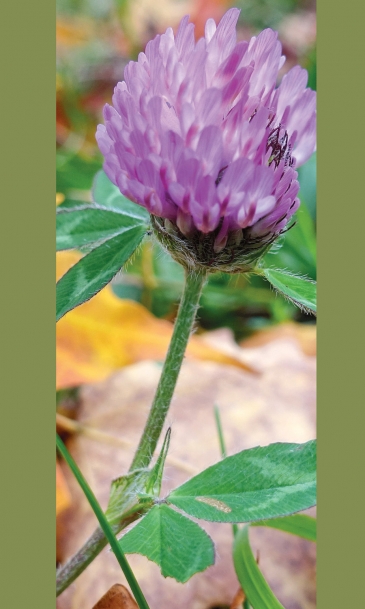 Take a stroll around your backyard, down a wooded road, or through a sunny field, and look down. The odds are high that, mixed in with the grasses, plantain, strawberry, and yarrow growing around your feet, there is also plenty of clover.

Of all the wild plants that make their way to my kitchen and cupboard, clover might be the one that I come across the most frequently, as well as the one my plant-novice friends can most often correctly identify. Even dandelion, with its notoriety in gardens and familiarity in meadows, has plenty of potential look-alikes, and can be confused for coltsfoot, salsify, or cat’s ear. But a mislabeled clover plant is, quite often, simply a different variety of clover. That signature leaf shape, ubiquitous on decks of cards and all sorts of logo-ed attire, is a part of our shared iconography in much the same way as a heart or a diamond and could likely be drawn with an impressive degree of accuracy by a young child. It is a shame, then, that in the world of edible wild plants, clover often gets passed by, while harder-to-find and more vulnerable plants are damaged by overharvesting.

In addition to clover’s easy-to-recognize leaf shape, this under-celebrated plant has the added benefit of appearing en masse just about everywhere grass does, and that covers a lot of our most frequently-visited green spaces. In our Northeastern home, there are several different types of edible clover that grow in abundance, but the variety I most frequently harvest for use is, conveniently, also the easiest to correctly identify: red clover.

A perennial member of the Fabaceae or Leguminosae family, which includes peas, beans, and legumes, red clover (Trifolium pratense) shows up as one of the earliest herbaceous plants in the springtime, and sticks around through the late fall. Peer closely at the ground as soon as the growing season begins, and you will likely spot the trademark three-part, ovate leaflets that make clover so easy to spot. Once you think you have clover in your sights, inspect a leaf. Red clover leaflets most often bear distinct, pale white V shapes, or chevrons, on their centers, with the point of the V facing the end of each leaf. Red clover leaves are also covered in fine hairs, making them look fuzzy on close inspection. If the leaflets are distinctly heart-shaped, as opposed to ovular, you have likely found clover’s most frequent look-alike and another common (and tasty) edible wild plant, wood sorrel, so keep looking. Once the two plants begin to flower, the similarity in their leaf structure will matter less since their blossoms look nothing alike, either in color or structure, and the flower is the part of red clover you are looking to harvest.

Red clover begins to flower sooner than many surrounding plants, from mid-spring on, and can bloom periodically throughout the season until late fall. The flowerhead of the red clover plant is made up of many small, skinny florets that together take on the appearance of a single, coin-sized pom pom or spherical firework. These recognizable flowers often range in color from a vibrant magenta to a slightly more muted pinkish-purple and grow on stems that can be quite a bit taller than the surrounding low-growth. Their height and noticeable color are often visible from a distance, making it even easier to find a patch that is ready to harvest.

In the world of wild edible flowers, red clover flowers are in the middle of the road in terms of flavor — not too strong, a bit sweet, a bit herby, a little grain-like, and without any bitterness. The entire flowerhead, or these small individual flowers removed from their base, can be eaten raw in salads, steeped into tea, infused into oils and vinegars, thrown into pasta, used to decorate a cake, pressed into cookies, and just about any other way one would use an eye-catching edible flower. Feel free to harvest the small leaves that grow right at the base of the flowers as well, since they are mild and tender enough to use alongside the flower. And in addition to being a tasty ingredient, red clover blossoms have been used medicinally across Asia, Europe, and North America to aid with respiratory, digestive, and skin issues.

Harvest red clover by picking the flowerheads and small top leaves before any part of the flower begins to turn brown. They can then be used fresh or dried for storage by hanging upside down in bunches or by placing on trays in a food dehydrator set to the lowest setting. As with all properly dried herbs and flowers, dried red clover should retain much of its color even when it is completely dry.

If you don’t see any of that noticeable magenta popping in your local green spaces, keep an eye out for red clover’s close relative, white clover (Trifolium repens), which, as the name suggests, bears white flowers as opposed to purple ones. White clover flowers can be used in all the same ways one would use red clover blossoms, but this very similar plant tends to be smaller than red clover, growing closer to the ground, and generally has less distinct white markings on its leaves.

Like other members of the Fabaceae family, red clover is a nitrogen fixer, meaning it is able to collect nitrogen in the atmosphere and store it in the soil where it becomes available to other plants. This makes clover a beneficial part of its local ecosystem, as well as a useful cover crop often planted by farmers and gardeners. Luckily, it is also hardy, and can survive and spread from its roots. This means you don’t need to worry too much about taking the top portions of the plant, but make sure to leave some flowers for our local pollinators to enjoy as well.

Red clover might not be the flashiest or most talked-about wild edible food that appears throughout the season, but it is certainly one of the simplest to identify, to locate, and to use. And in an arena often filled with sought-after and overharvested plants like fiddleheads and ramps, there is much to appreciate about coming home after a day of foraging carrying a basket filled with these bountiful blossoms, ready to be added into your next meal.

NOTE: Always consult with trusted experts and refer to foraging books and field guides for 100% positive plant identification before consuming any wild plant. As with harvesting any wild plant, and particularly ones that grow in commonly-sprayed areas, take particular care to collect from spaces you know to be chemical-free. Never pick any wild plant from protected spaces. Integrate new foods into your diet in small quantities to gauge any dietary and allergy sensitivities, and consult with a doctor if you have any questions or concerns about specific health issues or medication interactions. 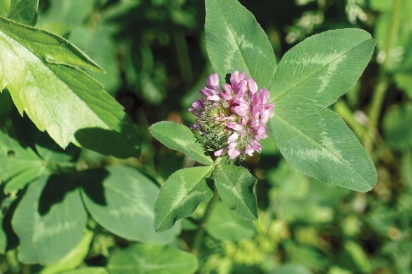 see all
Article from Edible Cape Cod at https://ediblecapecod.ediblecommunities.com/about-us/eating-wild-red-clover-here-there-and-everywhere